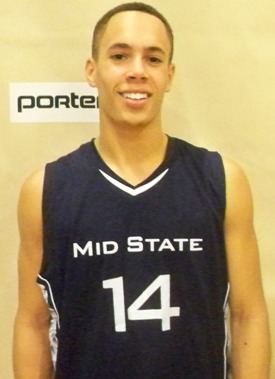 DCA used a balanced scoring attack led by Carson Outlaw (DCA), who dropped 16 and tournament MVP Josh Erickson (DCA), who added 15, to slide past USN 55-33 and capture the school's first state champioinship in DII/Class A.

Erickson was tough throughout the weekend lifting his teammates and providing leadership along the way.

USN got hot at the right time towards the end of the season and finished the year on a very positive note. Ross Welch (USN) led his squad with 15 markers in the tough loss.

For the second consecutive year the Mr. Basketball award went into the capable hands of John Ross Glover (USJ).

The Lipscomb signee scored over 2,000 points in his decorated career.