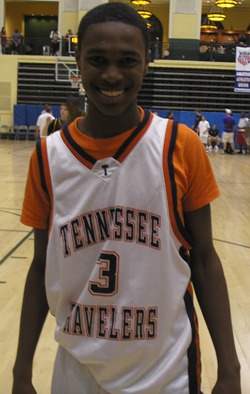 Rodnerius Lewis (Craigmont) led all scorers with 19 points and the Chiefs advanced to the Class AAA state finals and a meeting with Bearden on Saturday.

Lewis and senior forward Kymer Levy (Craigmont) scored timely baskets and kept the Spartans from taking the lead late into the fourth period.

Rico White (Bearden) scored 27 points and the Bulldogs pulled away late with a 68-58 victory over Siegel setting up a showdown with Craigmont for the Class AAA state championship on Saturday.

White started strong as the Bulldogs raced ahead by double digits and seemed to be cruising to victory.

The Stars went to their strength getting the ball into big Stephen Hurt (Siegel), who would finish with 19 points on the evening, and started to chip into the lead.

Oscar Butler (Siegel) converted some timely shooting and the Stars found themselves deadlocked at 50 with just over 5 miniutes remaining in the game.

The Bulldogs cranked up their defensive effort and started to increase their lead once again.