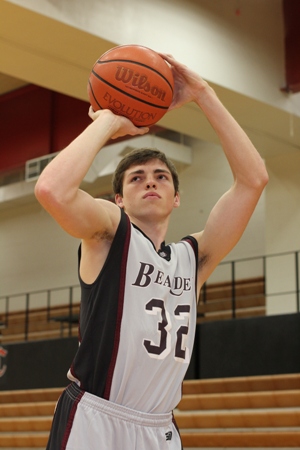 As the NCAA Tournament gets into it's Final Four weekend this time of year we start to see the commitments to the DII, NAIA, Junior College and DIII schools start to fall like dominos.

Seemingly one group awaits the others choices and goes from there.

On the far end of East Tennessee, the Tornado of King College dipped into the area scene and pulled two of the top available players in the greater East Tennessee landscape. Venerable Coach George Pitts welcomes Aaron "Wet Buckets" Wheeler (Morristown East) and Drew Standifer (Bearden) to his DII program.

Wheeler is a combo guard who can really score the rock. He will be valuable in the pressing type style that has defined the teams of Coach Pitts for many years. Standifer is a rugged inside force who at 6'6 will be able to play on the block and become a potential Conference of the Carolinas all-conference selection down the road.

A bit further down the I81 interstate, the Senators of Walter's State got their feet wet in the recruiting of the newest class when they secured the services of Fred Yarbrough (Dyer County). The all-time leading scorer in his school's rich history, Yarbrough is a defensive demon who will be asked to run the show for venerable coach Bill Carlyle.

On down in the Chattanooga area, the Flames of Lee University fresh off a defeat at the NAIA National Tournament didn't waste any time getting a local product to remain close to home as Jarod Rhodes (Cleveland) elected to play his college ball for Coach Tommy Brown. Rhodes is a much improved scorer and has a knack, with his length for snatching offensive caroms, to be a strong contributor to the athletic Flames. Lee finished 20-9 on the season this past year.

Over in West Tennessee, Freed Hardeman fresh off a solid 21-11 campaign snatch their first recruit of the summer as D.J. Wooten (Lausanne) will become a Lion. Wooten, who has ultra quickness and will fill the point guard role from a departing four year starter, is the type of guard that Coach Jason Shelton loves to have in his program. The Lions play in the TransSouth Conference and are a proud member of the NAIA.

Staying in the TransSouth, the Bethel Wildcats and head coach Jeff Britt made a major splash grabbing big time scoring guard Hunter Culp (Camden Central). Culp is a dynamic scorer who will be asked to play some point and has the athletic skills to make this a reality.

Finally heading out of state, John Hudson (Dyer County) takes his shooting prowess across the border to Harding University in Searcy, Arkansas. The Bison are a DII school coached by Jeff Morgan and play in the Great American Conference.