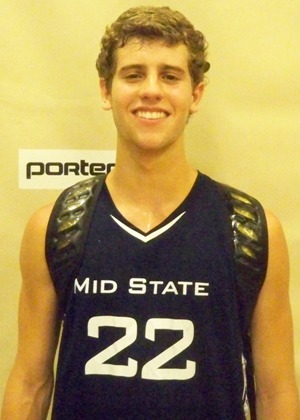 The commitments just keep on pouring in.

Carson Newman announced the signing of Andy Barnett (Pigeon Forge). The Eagles, coached by Chuck Benson, added the dynamic shooting guard this past week. Carson Newman is a member of the South Atlantic Conference. They play in the NCAA DII ranks.

Down in Cleveland, Tennessee Lee University coach Tommy Brown is ultra pleased with a nice pair of commitments he garnered over the weekend. Jervon Johnson (Ooltewah) and Logan Ramsey (Livingston Academy) will suit up for the Flames next season. Lee plays in the Southern States Conference and is a member of NAIA. The Flames finished 20-9 this past season and made a trip to the National Tournament.

Staying in the general vicinity, Tennessee Wesleyan received a nice commitment as Preston Russell (Tellico Plains) will spend his college career down in Athens playing for venerable Coach Mike Poe and the Bulldogs. Wesleyan finished 24-10 last season and are a charter member of the Appalachian Athletic Conference in NAIA.

Veering slightly up in a geographical sense, Bryan College announced the signing of two players from the state of Tennessee. Brandon Arnold (Chattanooga Christian) and Jeff Long (Hendersonville) bring their talents to play for Coach Don Rekoske. Bryan is a member of NAIA and plays in the Appalachian Athletic Conference.

Moving towards the middle of the state, Coach Sam Harris announced the signing of two Volunteer state players in Isaac Harris (Hunter's Lane) and Jordan Bedwell (White House-Heritage). The Torjans of Trevecca-Nazarene welcome these two fine additions to their roster for next fall. Trevecca is a member of the NAIA and play in the TransSouth Conference. They finished this past season with 22 wins.

Fitzgerald Hopkins (Lincoln County) was a name that everyone who kept up with our scoring lists saw on a weekly basis. Hopkins will play his college basketball in Henderson as Coach Jason Shelton and the Lions of Freed-Hardeman welcome the dynamic lead guard to the fray. Freed plays in the NAIA and is a member of the TransSouth Conference. They finished this past season with a nice 21-11 record.

Finally venturing out of state, Justin Ragsdale (Silverdale Academy) makes the trip up North to play at Trinity Christian College in Palos Heights, Illinois. The Trolls are a member of the Chicagoland Collegiate Athletic Conference and are coached by second year mentor Brandon Nicol.