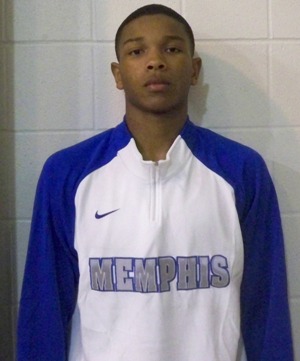 The region tournaments tip off tomorrow with action from Bristol to Bolivar, here are match-ups for Class AAA including 5 games to watch out for.

5 Games to Watch in Class AAA

This might be one of the best region openers in quite some time. Both squads spent majority of the regular season in the Class AAA polls and suffered upsets in the district tournaments and thus meet tomorrow night. Gotta be at this one.

The Blue Raiders are reeling after finishing 4th in the district tournament but they will have their heads on straight as the new season begins on Saturday, look for some outstanding guard match-ups with Cleveland's D.J. Bowles and Jarod Rhodes against Cookeville's Phillip Roper and Mat Case.

Its playoff time so you can never count out the Spartans despite their painfully young roster this season. The Roadrunners have established themselves as the team to beat and this is another step towards gold in the ‘boro.

Talent is in abundance at this track meet with the Jaguars of Southwind looking to make that first run at a trip to state, the path is not so easy as Nick King and the fellas from East will do what they can to derail the Southwind locomotive.