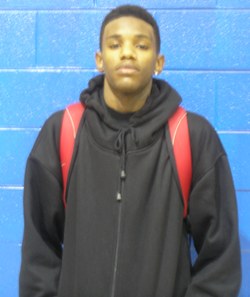 Exciting things are happening at Carter. Coach Buell has talent and led by sophomore Lester Wilson, a go to player in the clutch. They meet the pre-tourney favorite BTW in the first round so we'll see quickly what the Hornets are made of.

Back in state after a few years away. This group of Warriors is ready to make their presence felt right from the jump. McGaughey is a next level talent and is surrounded by quickness and athleticism. Martavious Newby, a freshman point guard, will be a catalyst in the Warroirs quest for the title.

The Panthers will go as far as Fred Sturdivant will take them. The talented 6'6 senior is the man everything runs through on both sides of the court. He had 25 and double digit boards in the sub-state win while rejecting more errant tosses than Meaghan Fox.  His length and atheltic skill will be hard for Lipscomb to duplicate.

Balance and toughness define the Mustangs and this grit has them exactly where they wished to be at this point in their season. They can come at with numerous players who can shoot, defend and all play with passion and toughness. They will try to dictate tempo and if successful could move to the next round.