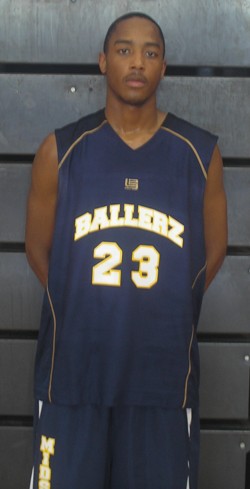 These are the times that try mens souls....but man isn't it fun.

Lets take a glance at the upcoming Class A sub-state match-ups for Monday night.

A return trip to the 'boro would suit University just fine and a great performance in the region final against Cloudland gives them confidence. Alex Denton and Jonathan Evans leads the way for the Jr. Bucs. Coach Kamikawa will have his Rockwood squad ready for action, led by Garrett Raby, this should be a fun match-up.

If you saw the Rams at state last year they were just very happy to be there. This time around they would like to stay a night or two. Senior leadership from Cameron Pridemore and Ryan Slusher will go a long way in having a calming influence over their peers. Cloudland turns to Logan Morgan to help the Highlanders move to the proemised land.

The huge region championship win against Temple could be enough to propel Grace back to the cozy confines of the Murphy Center come next week.  Patrick Shaughnessy garnered region MVP honors and the guard tandem of  Brandon Herman and Terrell Church will be formidible. Brandon Upchurch will need to be at his best for Clarkrange to move on.

Clay County has the home court and a style that Temple will not like playing against. Nolan Dale and Shawn Garrett run their system to perfection. Temple will need for senior Mr. Basketball candidate Jeremy Sexton to step up and help lead them to state.

Youth vs. Experience in this clash. Tyler Thompson leads an experienced senior laden Collinwood squad that has been here before but never made the trip to state. Malcolm and Martin Smith, only sophomores, lead The Academy. Talent is not in question at this stage but can they overcome the experience of the Collinwood five.

Eagleville goes on the road, but they have state experience from last season and Summertown wants to go to the 'boro badly. Jared and JoJo Wilson will do what they can to help their younger teammates adapt to the magnitude of this game. Mr. Basketball candidate Wes Long will provide leadership along with classmate Logan Harville. This could shape up to be the best of the bunch in Class A.

Following in the footsteps of district foe Union City, Humboldt currently stands as the states lone unbeaten team. Tevin Crayton and Charles Taylor make a monsterous duo for any opponent and the sub-state game will be no exception. Scotts Hill has come a long way this season but do they have one more ace up their sleeve....don't know about that.

This is a very tough sub-state game for the Tigers as they have almost completed their goal of getting back and winning state. Lake County is tough and has only a couple defeats to unbeaten Humboldt on their loss column. Mr. Basketball candidate and Ole Miss signee Reginald Buckner will need to step up huge and be the difference maker if the Tigers wish to challenge for the gold ball.