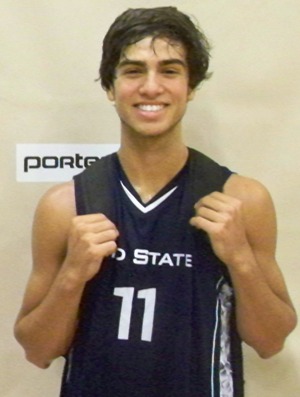 "If you ain't first, your last", a quote from a good movie starts the 2012 recruiting season as the Bruins of Belmont break the ice and grab the first recruit from the Class of 2012.

Caleb Chowbay (Mt. Juliet) decided to end all speculation and pledge his services to the Atlantic Sun stalwarts.

Chowbay, who can currently be seen playing for the Mid-State Ballerz East squad, is a point guard with excellent vision, plays with an outstanding tempo and can really knock down the outside shot.

He will be a welcome addition for Coach Rick Byrd and his newly assembled staff.

As we mentioned Chowbay is the first player from the Class of 2012 to pledge D1.