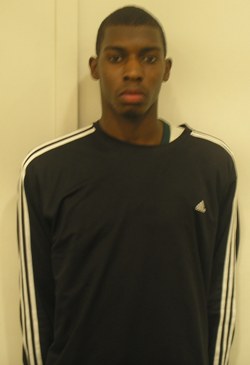 The final day begins tomorrow but all is well with the teams that call Tennessee home.

The Nashville Celtics went into tonights game in the National bracket hoping to move into quarterfinal action at the Dean Smith Center on Sunday.

Balance in scoring has been a Celtic staple with Casey Prather (Jackson Northside) and Austin Hollins (Germantown) both averaging double digits in the event.

Ish Sanders (Cleveland) was the leading scorer in the opening pool win with 16 while Jay Murphy (Bolivar Central) had 17 in another pool game.

The Memphis Magic Elite went 2-1 in pool play and were in action late tonight in select bracket action. Joe Jackson (White Station) had a nice pool run scoring 22, 30 and 21 in his pool games. Tarik Black (Ridgeway) dropped 15 in the teams win over the Georgia Hawks and added 12 against Team Takeover Canada.

Mardracus Wade (Mitchell) has been really good thus far for the M33M Ballerz. The Ballerz finished 2-1 in pool play with The Drake dropping 26, 13 and 12. LOVE THE DRAKE!!! Balanced scoring has been the recipe for M33M with Bobby Parks (St. George's) dropping 19 in the opening pool win and then had 15 before he sustained an ankle injury and was unable to play in the final pool game.

Adonis Thomas (Melrose) dumped 20 in the opener, 19 and 14 for his double digit average. There has been a Tim Peete (Memphis Central) sighting and I couldn't be happier. The talented wing has been double digit happy with 12,17 and 14 in his time on the floor.

Down at the 16 and under level the Nashville Celtics advanced to the select playoffs before falling in a tough one to New Heights. Kendall Anthony (Liberty Tech) has been amazing to say the least. Scroing around 15 per game the dynamic mite has been superb in running the system and keeping everyone happy while scoring a bit of his own.

Levi Randolph (Alabama) has been one of the event leading scorers in this age group at around 22 per game. DeAndre Daniels (California) played both 17's and 16's but did most of his scoring damage with his age group. He dropped 13 and 23 as he began to mesh with his new teammates.

Cameron Golden (Ridgeway) is currently standing as the second leading scorer in the event for the 15's and the YOMCA were in action tonight in the selct portion of the bracket. Martavious Newby (BTW) has been consistent at around 17 per game for the Memphis squad.

The Nashville Celtics were placed in the ultimate killer pool against some of the best teams in the country. Despite finishing at 0-3, John Ross Glover (USJ) had a 19 point outing in pool action and Vari Craig (Riverdale) and David Howard (MBA) both came up with a couple of double digit efforts.

The action concludes tomorrow with the naming of the all-tournament squads and the winners of the National and select brackets in all three age divisions. Stay tuned for the results late on Sunday or early Monday morning.