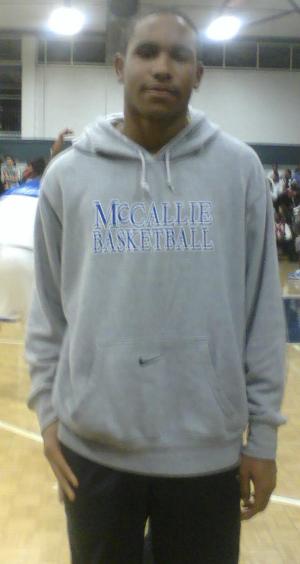 Week #1 of the Rocky Top High School Fall League in Cleveland tipped off with some outstanding performances. Let's get to the action.

Bradley McCurdy (Bradley Central) and Steadman Ford (Notre Dame) dropped 24 and 15 respectively as Florida defeated Tennessee 86-66 in the opening game of the league. McCurdy was deadly from deep and Ford made sure the ball go to his hot shooter on many an occasion, Taylor Hawkins (Sequoyah) chipped in with 12 in the victory for Florida.

The score offset an outstanding performance from Jamaal Calvin (McCallie) who led all scorers with 26 markers on the afternoon. Dominic Powell (East Hamilton) and Mason Brown (Cleveland) dangled 12 and 10 respectively.

Jemicah Bowman (Tyner Academy) dropped 21 points and Auburn slid past a determined Vanderbilt squad 67-65 in what would prove to be one of the best games of the day. Bowman had plenty of help in the scoring column as Sadik Spence (Tyner Academy) and Levi Woods (Meigs County) each netted 13 in the victory.

In the final contest of the day a host of players unable to attend day one left Syracuse short but with several pick-ups the games went on. Ben Snider (Ooltewah) led the ‘Cuse with 21 points. Miles Cothran (Ooltewah) and Tyler Steinmetz (Oakdale) added 9 and 8 respectively.

See everyone on Saturday.