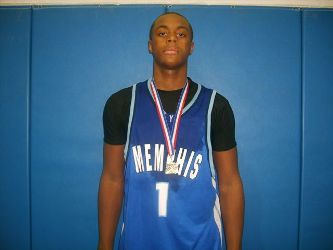 A good start but tough end plagued them at the Peach Jam.

A 3-0 run through pool play and a tough loss to a talented Albany City Rocks squad eneded the 16 and under showcase for them.

What don't kill you makes you stronger.

The Memphis YOMCA Bulldogs made another unblemished trek through pool play and now have two championship bracket victories including a hard fought 70-69 win against the Florida Future and currently are poised to make a serious move in the final eight of the 16 and under narionals here in Orlando.

Julian Burton (White Station) has played very well at this point controlling the tempo from the point guard spot and making the engine go on the defensive side of the floor.

Darrian Gray (Southwind) and Robert Schaeffer (Sheffield)  continue their torrid shooting pace, while Ronald Brown (Raleigh-Egypt) has made this final event his own. Brown has scored over 20 twice and is grabbing double-digit caroms in every game.

Still alive in the consolation bracket the Mid-State Ballerz got a huge 60-48 win against the Philly Patriots to move on into bracket play. Tarius Johnson (Liberty Tech) has been a flat out beast, scoring and using his all out effort to create opportunities. Cordaro Williams (Liberty Tech) has been shooting very well while Quinten Lee (Ripley) is playing very well from the point spot.

Team Nashville behind the scoring prowess of Teraes Clemmons (Mt. Juliet) remains alive and kicking in the classic bracket elite eight. They tangle with the Louisiana Stars tonight for advancement into the final four.