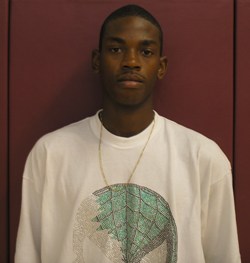 There was no way they could let this one pass them by.

Scheduled for last week, the weather in East Tennessee played havoc with the hoops schedule and many thought with the district playoffs beginning this weekend they would simply postpone the festivities and leave the chatter to the mainstream.

That simply was no in the cards as both teams wanted the game to prepare for their potential runs through their playoff opponents and the chance for the top rated team in Class AAA to tangle with the top dog in Class AA.

Fulton vs. Bearden was in full effect.....and the game did not disappoint.

Robert Boyd (Fulton) sank a nice baseline jumper with 4.2 second left on the game clock to lift the Falcons to a tough 53-51 victory over Bearden.

A tight affair throughout was knotted at 21 at the half after Bearden junior Ty Greene (Bearden) scored on a leaner in the lane.

Fulton came out like gangbusters behind the solid play of Boyd and captured a 42-33 lead at the end of three.

Bearden came out in the fourth and fought to get the game back to within striking distance as Greene drained a covered three to pull them close at 44-41.

The game went back and forth before Auburn signee Jalen Steele (Fulton) scored to put Fulton up 51-46 with 1:43 on the game clock.

Greene then drained his third trey of the game to bring the Bulldogs back to within two at 51-49.

After a costly Fulton miss, Greene scored on a driving lay-up to knot the score at 51 before Boyd sank his danger in the dawgs.

Boyd led all scorers with 21 points and was joined by Steele who added 20.