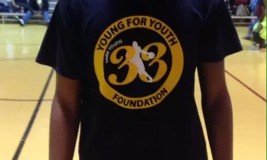 Boyd, a rising Class of 2017 guard, scored 36 points as his Cavaliers finished off the Spurs in large fashion to the tune of 108-78.

Another member of the Boyd household, little brother Demarious Boyd (Haywood), a rising freshman, led the Cavaliers with 37 points on the day.

The road to the title game started with the first round of the league playoffs which saw the Hawks defeat the Grizzlies behind 28 from Vann Bryant (TCA), 23 points from Jake Runyon (Lexington) and 11 from Najee Rumph (Jackson Northside).

In the other first round playoff game the Bulls behind 24 from Trevon Bryant (Lexington) and 11 from teammate Christian Linton (Lexington) bested the Lakers despite 23 from Tristan Jarrett (Haywood) and 13 from David Murray (Liberty Tech).

Dedric Boyd was huge in the first semi-final game tossing in 50 markers as the Cavaliers shot down the Hawks 119-78. The younger Boyd had another fantastic game scoring 38 points of his own in the win.

In the other semi-final contest the Spurs used a last second shot to get past the hard nosed Bulls and set up their championship game with the Cavaliers.

Donte Brown (Sacred Heart) led the Spurs with 17 followed by Harvey with 15 and Hollenbeck with 13 in the win.

Linton took game high scoring honors with 24 for the Bulls in defeat.