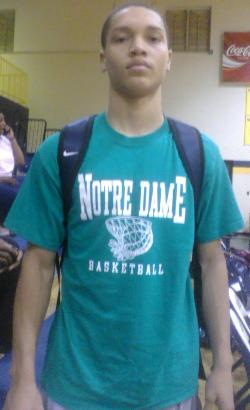 The short delay is over and now the final stretch of the summer begins with the action in places like Vegas and Orlando.

Down in Orlando the 15 and under Super Showcase tipped off with some of our Tennessee squads making some serious noise right from the jump.

D.J. Bowles (Notre Dame) has proven to be the offensive sparkplug for the Tennessee Travelers and their gaudy 3-0 mark after pool play.

Bowles has scored from the perimeter and gotten to the cup anytime he dang well felt like it.

The Travelers started out with a tough 59-57 win over the GT Stars then got into team mode and snaked the Main Event Cobras 69-45 behind a solid effort from Alex Fountain (Wartburg Central) and Burton Sampson (Knoxville Webb), who finished with 14 points.

Will Adams (Science Hill) and Steadmon Ford (Notre Dame) were instrumental in controlling the tempo and are simply the fuel that feeds the Travelers fire from the lead guard spots.

Kenny Dean (Alcoa) was again lauded for his effort on the defensive end of the floor. The Travs will now play in the Gold bracket starting tomorrow.

JaQuan Lewis (Dickson County) continued his meteoric rise this summer scoring 15 points and leading the Tennessee Tigers to a 7 point win in their second pool play game at the Super Showcase.

Lewis was joined in the scoring column by Jalen Lindsey (CPA) who finished with 10 points.

The Tigers stumbled right out of the gate falling 61-50 to the mighty New York Gauchos but found their rhythm and are now on the focused path to the bracket action.

The Memphis YOMCA got off to a sterling start winning their initial two pool play games. The Y started with a 65-37 drubbing of the Miami Tropics then bested Team Izod, last years runner-up, 57-38.

The 16 and under Super Showcase tips off tomorrow with three Tennessee squads ready for action including the Memphis YOMCA, Tennessee Travelers and Tennessee Tigers.