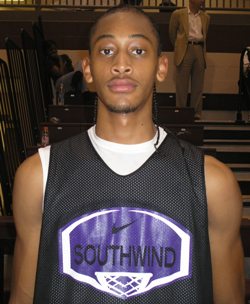 A rough start in the 2012 EYBL had the folks in the Bluff City shaking their respective heads.

The Bluff City Legends (formerly the Memphis YOMCA) returned an outstanding group of players with aspirations of moving on to their rightful place at the Peach Jam in July.

After two sessions, Minneapolis and Boo Williams, the Legends were staring at a 2-7 record with Session #3 in Dallas set to tip off.

This squad needed a week to get their games together and Texas was to be the place.

The Bluff City Legends finished the session at 4-1 and raised their overall mark to 6-8 with the final session looming in California.

Nick King (Memphis East) and Jujuan Johnson (Southwind) posted 15 points each as the Legends thwarted the All Iowa Attack 72-53. Johnathan Williams III (Southwind) added 10 points. King was credited with 13 rebounds in the contest.

King dropped 17 and Johnson added 15 as the Legends got their second victory on Saturday with a 67-43 victory over the Tennessee Travelers.

The winning continued with a 74-59 trouncing of the King James Stars with Williams leading the charge with 17 markers. King added 16 and Johnson finished with 13 points.

Things took a turn for the worse as the powerful Mokan Elite stopped the winning to the tune of a 72-49 defeat despite 17 from Johnson and 11 from Williams.

Ending the session on a winning note was key as the Legends tossed the Albany City Rocks 76-62 with King leading all scorers with 24 markers. Johnson finished with 13 and Williams added 11.

Here are the scoring totals from Session #2 (Boo Williams)

The Tennessee Travelers are fighting their way thru the EYBL schedule. Playing their hearts out but lacking the depth, especially in the backcourt to compete with some of these squads. Here are the scoring results from the Boo Williams and Dallas sessions for the Travelers.