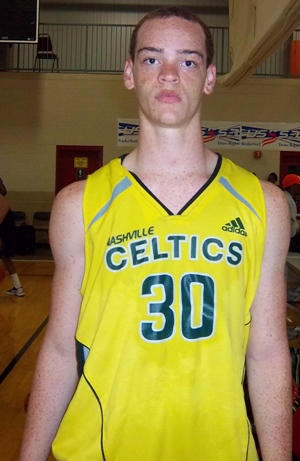 Doesn't it always seem when someone breaks the ice with a commitment a group naturally just follows along.

Reggie Upshaw (Baylor) became the 6th member of the vaunted Class of 2013 as the dynamic combo made his decision to play for Coach Kermit Davis and the Blue Raiders of MTSU.

Upshaw, who split his summer season between the Nashville Celtics and the Chattanooga Ragin' Storm, was a hot commodity on the circuit after proving he could play with anyone in the country. A big time football propsect as well Upshaw will stick with the hardwood on the next level.

Upshaw is the second commitment for the defending Sun Belt Conference Champions from Tennessee. Josh Phillips from PJPII pledged for the Blue Raiders last week.