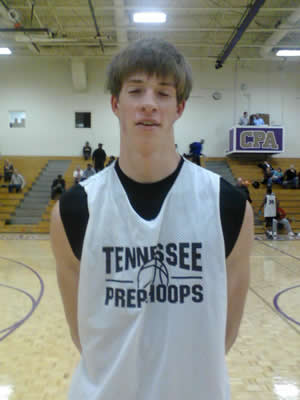 The July period is an invaluable time for a rising high school senior prospect.

A player can bring his recruitment to another level with a solid showing while on the trail with the usual stops like Indianapolis, Louisville, Augusta, Orlando and Las Vegas.

Kyle Weldon (Rossview) made the most of his time running with the Tennessee Tigers, the Clarksville rising star showed his steady improvement and for his efforts will take his game to the Patriot League and suit up next season for the Black Knights of Army.

Academics of course played a huge role in the decision with an appointment to West Point being an honor for any young man.

Weldon showed his prowess with a wonderful summer. His offensive game took a major step in the right direction as he gained confidence and strength and showed he could compete on the highest level.

Weldon entertained many schools who showed marked interest but his choice to play for Coach Zach Spiker was not unexpected.

Weldon becomes the 7th player in the Class of 2012 to pledge D1.