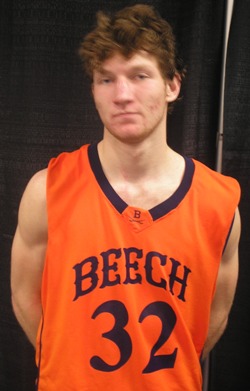 Then weather is cooperating with us and I am able to get out and catch some games. I want to again thank everyone who sent me texts, emails and calls wishing me well. I can't thank everyone enough for their support. Here are the capsules for this past week's games of the week.

Jalen Steele (Fulton) notched 28 points and the falcons completed an unbeaten district slate by capturing a 75-57 victory over Gatlinburg-Pittman. Steele got off to a fast start scoring 12 first quarter points as the falcons ran out to a 19-7 lead. The remainder of the game proved to be more of the same as Fulton increased their lead with each remaining period. Robert Boyd (Fulton) added 15 in the win and Galen "G-Smoov" Campbell (Fulton) came back from a long absence due to injury to finish with 13.

"Mighty" Chris Jones (Melrose) and Adonis Thomas (Melrose) both finished with 23 for the Golden Hurricanes.

Seth Brown (Beech) led four Buccaneers in double figures with 19 points as Beech put the nail in the district coffin with a 71-44 dispatching of Mt. Juliet. Reece Chamberlain (Beech) aided the Bucs with 15, while Valentino Bryant (Beech) and John Taylor (Beech) dropped 13 and 12 respectively.

Teraes Clemmons (Mt. Juliet) led all scorers with 20 points in the loss