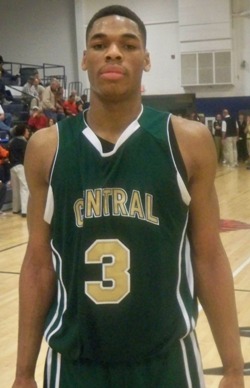 Andre Applewhite (Memphis Central) had no doubt a strong performance at the state tournament could vault him into a high major scholarship offer.

As it goes he was certainly correct.

The 6'6 wing forward will take his game to Starkville and play for the Bulldogs of Mississippi State and first year head coach Rick Ray.

Applewhite was simply a man among boys at this years state tourney. He averaged over 20 points per game and grabbed over 10 boards per contest leading Central to the title game loss against Memphis East.

Big Dre has a college ready body and will be asked to play some on the perimeter; as well as, on the block where he can excel also.

Applewhite becomes the 15th player in the Class of 2012 to pledge D1.