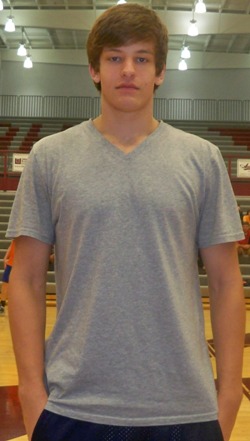 Hard work, dedication and steady improvement over a four year period seems to be a pretty solid recipe for receiving a scholarship to play basketball on the next level.

That formula served him well as Alan Holt (Anderson County) embarked on his senior campaign with aspirations of playing at the collegiate level.

The hard work paid dividends and the dream is a reality as Holt will suit up next season for the Lions of Bryan College in Dayton.

Holt, who has improved his overall game immensely, had some other suitors but felt at home with Coach Don Rekoske and the players at the NAIA school.

Bryan College plays in the Appalachian Athletic Conference and finished with an 18-10 overall mark last season, including an 11-5 finish in conference action.

Holt goes into his senior campaign ready to lead the Mavericks deep into the playoffs.