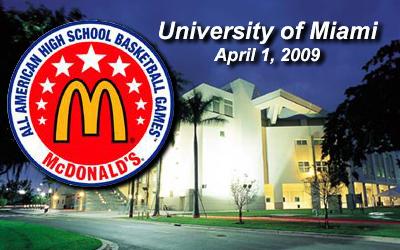 For the third consecutive year I have been chosen by Blue Ribbon Sport to select the nominees from the state of Tennessee for the annual McDonald's All-American game.

Each state recieves a number accroding to population and our number this year is 21. These players will be listed by McDonald's as honorable mention players unless one or two actually get selected for the annual event which will be held this season at the Bank United Center in Miami on April 1st.

I selected 21 players from the Class of 2009 and here they are in no particular order:

Shout out to the schools that were out scouting today and stopped by to check out 423 vs 865! Huge thanks to @Tnprephoops for helping get this Fall League off the ground.
@TheCaptain_03 @parrotheadvol @BCATHOOPS @PrepHoopsTN @5StarPreps